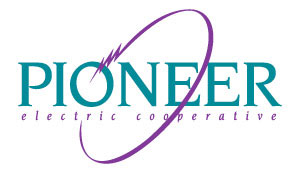 In the early to mid 1930s, rural residents all over the country were unable to obtain electric service for their homes and farms. Investor-owned utility companies serving the neighboring cities very infrequently offered rural consumers electricity because they believed they would not be profitable. If they did offer electric service to the rural areas, the farmer’s cost to set the poles, string the lines and hook up the service was very high.

The situation improved after the implementation of President Franklin D. Roosevelt’s New Deal. The fundamental goal of this program was to give purchasing power to those who were unable to participate in the economy of the country.

In late spring of 1935, Congress approved the passage and appropriation of a $100 million loan fund to be spent a?s quickly as possible in places where it would have the greatest impact. Among the programs to be funded was electric service to rural areas. On May 11, 1935, an executive order was signed and the Rural Electrification Administration (REA) was born. (In 1995, REA was reorganized and became the Rural Utility Service.)

On November 14, 1935, six months after the birth of the REA, the first REA pole in the country was set in Piqua. The newly constructed lines served the three county cooperatives, which would merge six months later to become Pioneer Rural Electric Cooperative, Inc., a utility company owned by the people it serves.

In 1937, Pioneer had nearly 3,000 members using an average of only 38 kWh each month. In comparison, members used more than 633 million kWh of electricity in 2014, with residential consumers usage averaging 1,387 kWh per month per member. Today, Pioneer serves more than 14,400 member-consumers.

Imagine Piqua is a marketing campaign to promote the city for economic development, tourism, attractions, and the great assets of the community.  See what has occurred in Piqua, what is occurring in Piqua and what is being imagined/planned for Piqua. We hope the Imagine Piqua campaign will encourage businesses and corporations to take a look at us to locate or relocate their operations, individuals and families to consider Piqua as a place to live, and visitors to come see our many great features as the Downtown, river, trails, parks, and history. Learn More